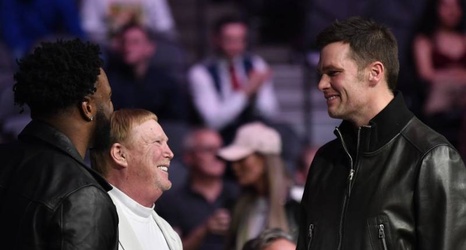 While there has been speculation about Tom Brady leaving New England for months, few have been able to come up with a viable destination.

White said he believes Brady will be a Raider next season if he and the Patriots can't agree on a new contract.

"If that dude is not playing in Boston, he's playing here," White said after Saturday's UFC 246 card in Las Vegas, per Arash Markazi of ESPN.

Brady was in attendance for the pay-per-view card and was pictured talking to Raiders owner Mark Davis.