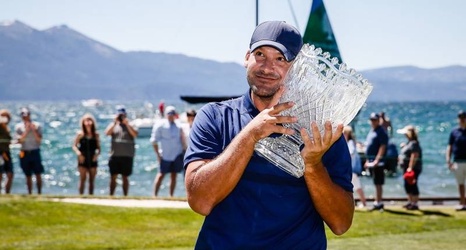 Former Dallas Cowboys quarterback and current CBS NFL color commentator Tony Romo has been given a sponsor's exemption to play in the PGA Tour's Safeway Open, which begins on Thursday, Sept. 26.

According to Andrew Marchand of the New York Post, Romo will miss calling the Minnesota Vikings at Chicago Bears game on Sept. 29 if he makes the cut.

Romo has played in three PGA events in the past, most recently missing the cut at the 2019 AT&T Byron Nelson. He also didn't make the weekend at the 2018 or 2019 Corales Puntacana Resort & Club Championships.