The Ravens Looked to Bounce Back. Then Derrick Henry Showed Up. 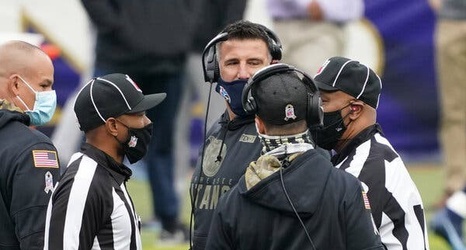 When two teams scuffle on the field before the game even starts and both head coaches appear to still be at odds after the final whistle, it is pretty clear the contest was something more than just another regular-season N.F.L. game. Indeed, when the Tennessee Titans defeated the Baltimore Ravens, 30-24, in overtime Sunday, the outcome was a weighty, emotional lift for the struggling Titans and their sledgehammer running back, Derrick Henry, who delivered the final gut punch to the reeling Ravens.

One team left the field buoyant, the other rattled and questioning itself.