The Pittsburgh Steelers Are in Big Trouble 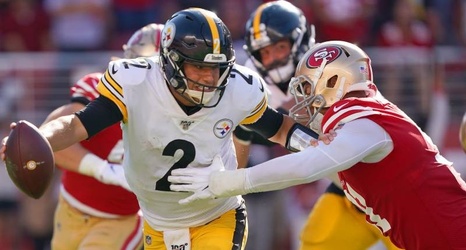 Glance only at the final score and you might figure the Pittsburgh Steelers made progress in a Week 3 road loss to the San Francisco 49ers. After all, Pittsburgh led for much of the afternoon and fell just short, losing 24-20 in quarterback Mason Rudolph's first career start.

But the truth is Sunday's result didn't feel particularly sustainable, which is never a good sign when we're talking about a loss to an opponent that won just four games last season.

Sure, the 49ers are now 3-0. But careless Jameis Winston handed them a victory in Week 1 and the Cincinnati Bengals forgot how to play football when they hosted San Francisco in Week 2.