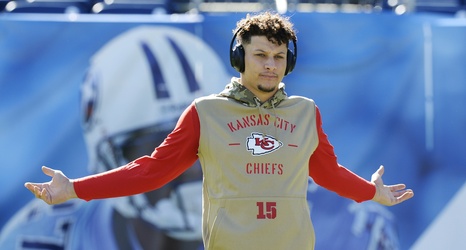 Patrick Mahomes will start for the Kansas City Chiefs at the Tennessee Titans, just over two weeks after the reigning NFL MVP dislocated his kneecap.

There initially was concern that the quarterback could be sidelined for months.

But it turned out there was no structural damage to the knee, and Mahomes never missed a practice.

He missed two games, with Matt Moore starting in his place.

Lions quarterback Matthew Stafford has been ruled out for Detroit’s game at Chicago because of hip and back issues, stopping his streak of 136 consecutive starts.