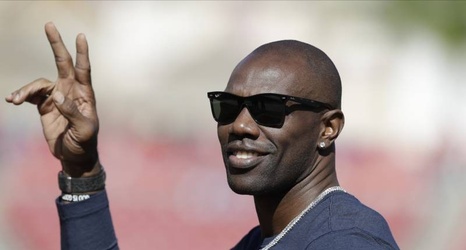 Pro Football Hall of Famer Terrell Owens isn't hiding his frustration at being left off the NFL 100 All-Time Team.

The team was revealed through a series of specials on NFL Network during the 2019 season, and T.O. was not one of the 10 wide receivers included, which he believes is an injustice, according to Frank Schwab of Yahoo Sports: "I'm not on it, but I know I'm one of the top 100 athletes to play the game. I'm a bit pissed off. It's disrespectful."