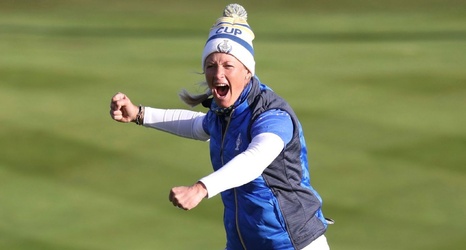 FINCA CORTESIN, Spain -- Suzann Pettersen, who won the Solheim Cup for Europe in 2019 with the last shot of her career, will captain the team four years later for its second straight title defense.

The Norwegian's 7-foot putt for birdie at the final hole at Gleneagles saw Europe reclaim the biggest prize in women's team golf and she retired immediately afterward.

Pettersen was vice captain when the Europeans retained the title at the Inverness Club in Ohio in September, also under Catriona Matthew, and now she has taken over as captain.

"This is the biggest honor of my career," Pettersen said.