Steelers Keep Winning But Pittsburgh Has a Ben Roethlisberger Problem 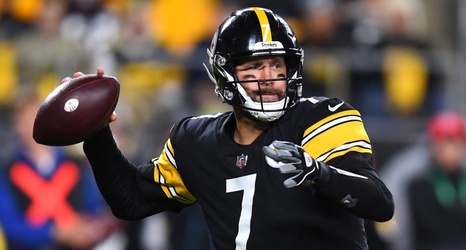 The Pittsburgh Steelers are 3-3 and still in the thick of the AFC North in spite of quarterback Ben Roethlisberger.

The 39-year-old quarterback looks like every other middle-aged dad who thinks they can still play the game as they once did and be the hero each and every weekend. Instead, they're usually winded early, make too many mistakes and leave the game still talking about how great they once were.

The Steelers needed overtime Sunday at Heinz Field to beat the Seattle Seahawks 23-20 despite Russell Wilson's absence thanks to an injured finger.