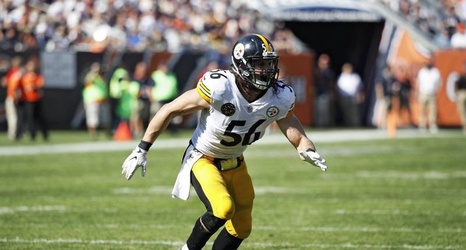 Pittsburgh Steelers linebacker Anthony Chickillo was arrested over the weekend.

WTAE Pittsburgh reported the news Sunday, noting he was charged with simple assault, criminal mischief and harassment reportedly following an incident involving his girlfriend. A preliminary hearing was scheduled for Oct. 30, and a $10,000 unsecured bail was set.

"We are aware of an incident involving Anthony Chickillo last night and are still gathering information," Steelers director of communications Burt Lauten said in a statement. "Until we have further details we will not provide any further comments."

Michael David Smith of ProFootballTalk suggested the Steelers could cut the linebacker, especially since he is a role player who sees limited action.