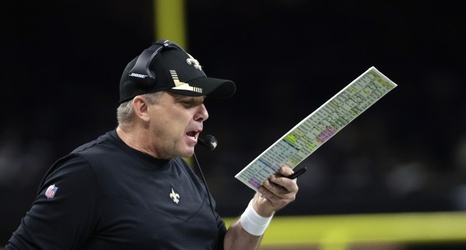 Sean Payton has won a Super Bowl and seven division championships with the New Orleans Saints, but Sunday's win over the Tampa Bay Buccaneers ranks among his best moments.

The Saints navigated the potential season-ending loss of quarterback Jameis Winston to earn a 36-27 win over the defending Super Bowl champion Tampa Bay Buccaneers, prompting a certain coaching legend to reach out.

“Got a text from Mike Krzyzewski tonight,” Payton told Peter King of NBC Sports. “All about adversity, and winning the games you’re not supposed to win, and when coaching really matters. I’ll save it forever.