Seahawks' Jadeveon Clowney out vs. Eagles Because of Hip Injury 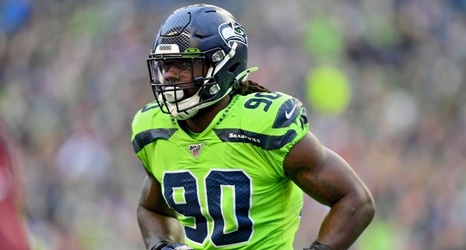 Seattle Seahawks defensive end Jadeveon Clowney will not play against the Philadelphia Eagles on Sunday after being ruled out with a hip injury.

Clowney's absence comes after he did not practice all week with the ailment.

Clowney's tenure with the Houston Texans was riddled by injuries after he was taken with the top pick in the 2014 NFL draft.

He was limited to just four games as a rookie due to a torn meniscus, and he dealt with ankle, back and foot injuries in 2015.