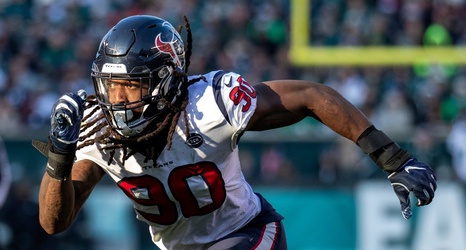 The Seattle Seahawks bolstered one of the N.F.L.’s fiercest defensive fronts over the weekend by acquiring the Pro Bowl defensive end Jadeveon Clowney from the Houston Texans.

Without trading any of their core players, the Seahawks added an elite disruptive force to a unit already featuring the four-time All-Pro linebacker Bobby Wagner, the pass-rushing end Ziggy Ansah and defensive tackle Jarran Reed, who had 10½ sacks last season.

The Seahawks announced the deal on Sunday.

Operating without a general manager since Brian Gaine was fired in June, the Texans received only a modest return — linebackers Barkevious Mingo and Jacob Martin, plus a third-round pick in 2020 — for one of their best players.