Rivalry for Packers-49ers dates back 25 years 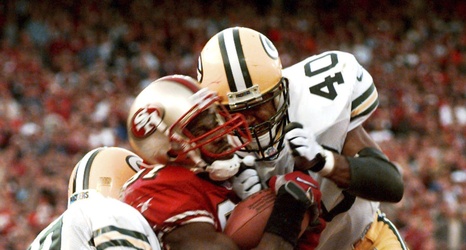 The catch by Terrell Owens, electrifying returns from Desmond Howard and breathtaking runs by Kaepernick.

Few franchises have been as intertwined over the last quarter-century as the Green Bay Packers and San Francisco 49ers, with coaches getting groomed in one spot and ending up in the other, seven previous playoff meetings, and a regrettable draft decision that sent Rodgers packing for Green Bay instead of staying close to home and reviving the 49ers.