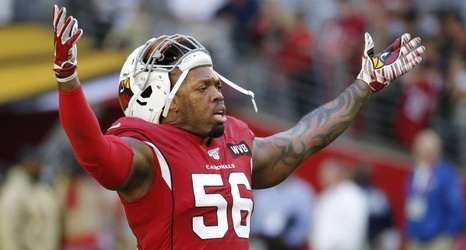 Schefter noted that while it is unclear if Suggs will continue playing, he will be on waivers until Monday and available for any NFL team to claim.

The 37-year-old Suggs signed a two-year, $10 million deal with the Cards during the offseason after spending the first 16 years of his career as a member of the Baltimore Ravens. Suggs has 37 tackles, seven quarterback hits and 5.5 sacks in 13 games this season.