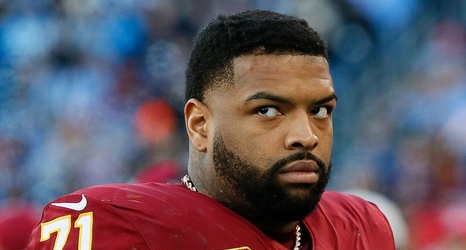 The Redskins have told multiple teams this summer that they are not trading left tackle Trent Williams, reports ESPN's Adam Schefter.

The seven-time Pro Bowler has held out of camp, but while teams have repeatedly called about Williams, Washington has rejected those inquirers, according to Schefter.

The 31-year-old Williams has only played all 16 games in a season twice. Since his first two Pro Bowl years in 2012 and 2013, Williams has missed at least two games four times, including in 2017 when he only played in 10 contests. He underwent a procedure to remove a growth from his scalp in the spring.