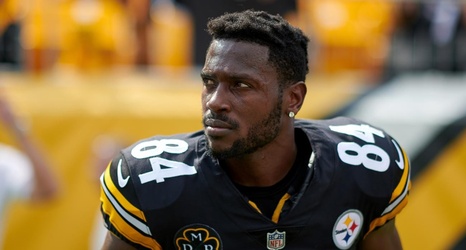 Raiders wide receiver Antonio Brown will join the team at their training camp facility in Napa, Calif. on Tuesday, according to ESPN's Adam Schefter.

Brown has not been with the Raiders for all of August. He missed the first part of August with a foot injury that he suffered in a cryotherapy chamber. He held out last week due to a helmet grievance against the NFL.

An independent arbitrator ruled against Brown on Monday, but the four-time All-Pro didn't stand by his initial threat of retirement. Brown posted on Instagram on Monday night, writing he's "looking forward to rejoining my teammates on the field.