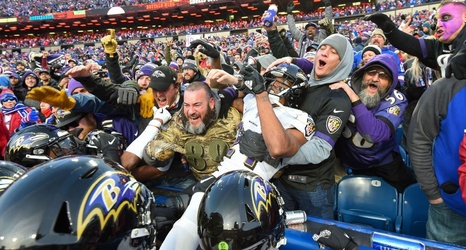 Peters was fined $14,037 for drinking a beer after his pass breakup at the end of the game sealed the Ravens' 24-17 win over at the Buffalo Bills last Sunday.

After knocking down Josh Allen's fourth-down pass at the Baltimore 1-yard line with 1:03 remaining, Peters jumped into a section filled with Ravens fans at Buffalo's New Era Field and shotgunned a can of beer while laying back in their arms.