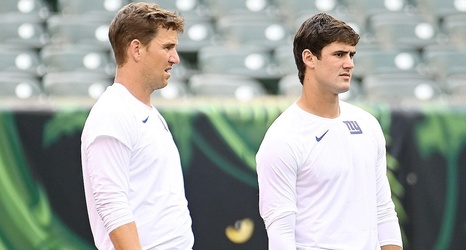 Now that we’re almost through the dark and dismal sewer escape that is the NFL preseason, it’s time to confront a reality that may not be popular at the moment: Giants’ head coach Pat Shurmur is handling the situation with quarterbacks Eli Manning and Daniel Jones about as well as humanly possible.

After viewing last night’s Giants-Bengals tilt, I re-watched each of the Giants’ first two preseason games and broke down the total snaps, snap-to-pass ratio and some other less essential minutiae when both quarterbacks were playing with the starting unit (or something that mostly resembled the starting unit).