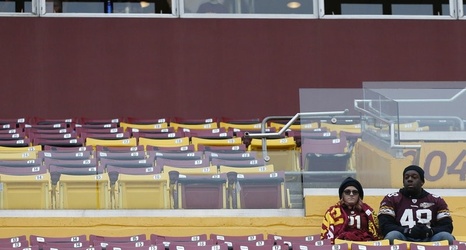 The Washington NFL team has looked toward the site of its old RFK Stadium in Washington, D.C., as a potential spot for its new home after two-plus decades in FedExField, but the federally owned site will apparently be unavailable unless the team name is changed.

Per Liz Clarke of the Washington Post, D.C. House of Representatives delegate Eleanor Holmes Norton, D.C. Deputy Mayor John Falcicchio and Rep. Raul M. Grijalva, the chairperson of the House Natural Resources Committee, all stand against the team moving to the old RFK site unless the team takes on a new moniker.