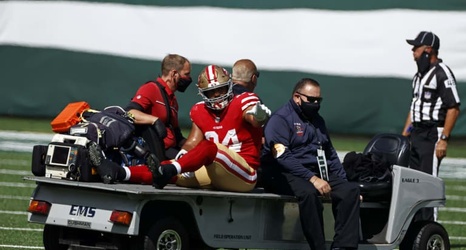 Officials from the NFL said the turf at MetLife Stadium met the necessary specifications amid questions as to whether the playing surface had a role in injuries sustained by San Francisco 49ers players Sunday.

NFL Network's Ian Rapoport shared a statement from the league about the turf:

Dianna Russini of ESPN reported some members of the 49ers roster expressed some trepidation about their Week 3 clash with the New York Giants at MetLife Stadium: