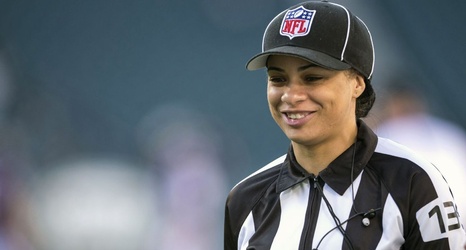 The NFL has hired Maia Chaka as a game official for the 2021 season, making her the first Black woman to join the league's on-field officiating staff.

Chaka will join Sarah Thomas as the only women to officiate an NFL game. Thomas was hired in 2015 and was part of the crew that worked Super Bowl LV last month. The NFL announced Chaka's hiring Friday morning during a segment on the "Today" show.

In a statement released by the league, Chaka said: "I am honored to be selected as an NFL official. But this moment is bigger than a personal accomplishment.