Matt Nagy: Bears Are 'Freaking Warriors ... They're Not Losers, They Know How to Win' 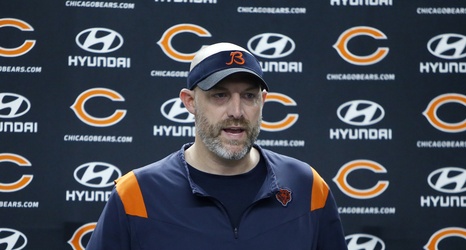 The Chicago Bears are 4-7 and needed a last-second field goal to defeat the winless Detroit Lions in Week 12, but embattled head coach Matt Nagy stressed that his players are not losers.

To Chicago's credit, it did overcome some adversity in the victory.

Rookie quarterback Justin Fields was out with a rib injury, and Khalil Mack (foot) and Akiem Hicks (ankle) were both sidelined on defense. Star linebacker Roquan Smith also exited during the middle of Thursday's contest because of a hamstring setback.