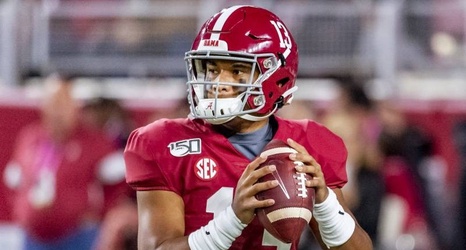 Before the 2019 college football season began, scouts and analysts were focused on three quarterbacks as potential first-rounders: Tua Tagovailoa, Justin Herbert and Jake Fromm. But within weeks of the season's kickoff—and arguably as soon as he left the field in Austin, Texas, on September 7—LSU quarterback Joe Burrow had started to implant himself into the conversation.

Two months later, Burrow sits at No. 5 overall on my big board and is the No. 2 quarterback in the class with a chance to overtake Tua in their head-to-head matchup this weekend.

What would it take for Burrow to become QB1?