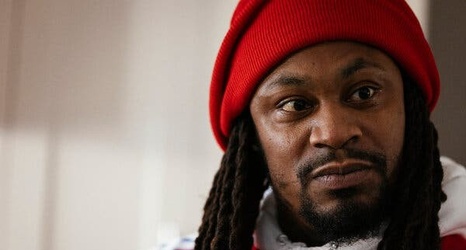 Marshawn Lynch, the former Seattle Seahawks running back, disputed the police account of his arrest on suspicion of driving under the influence in Las Vegas on Tuesday morning. Through his attorneys, Lynch denied driving while intoxicated.

Lynch faces a misdemeanor D.U.I. and three other charges after police said they found him asleep in a parked car. The police said in their report that Lynch, 36, was asleep behind the wheel of a car on a street north of the Las Vegas Strip near the Stratosphere hotel-casino about 7:30 a.m. Tuesday.

They said the vehicle, a black sports car, was turned off, noticeably dented, and missing the rim and tire on the driver side front wheel.