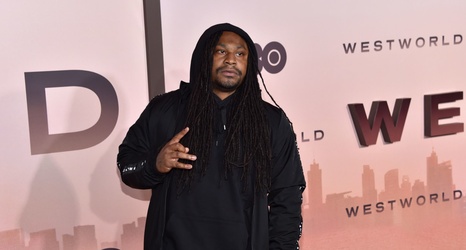 Police cam footage of Marshawn Lynch's DUI arrest shows officers dragging the former NFL running back out of his car.

TMZ Sports obtained footage of the arrest, which shows Lynch refusing to cooperate with police until one officer loses his patience, grabs Lynch by the hood of his sweatshirt and drags him to the ground. The officer then places a knee on Lynch's back while placing him under arrest.

"No more games today," the officer said as he was taking Lynch to the ground.