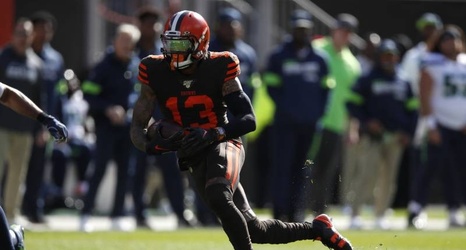 Odell Beckham Jr. took to social media to complain about his recent fine from the NFL:

The Cleveland Browns receiver was forced to pay $14,037 for violating the league's uniform and equipment rules in the Week 6 game against the Seattle Seahawks. His pants "failed to cover the knee area," although he did wear high socks during the game.

It's the second time Beckham has been fined this amount in 2019, with the first fine coming due to an unsportsmanlike conduct against Baltimore Ravens cornerback Marlon Humphrey in Week 4.