Lions' T.J. Hockenson Placed on IR with Ankle Injury, out for Season 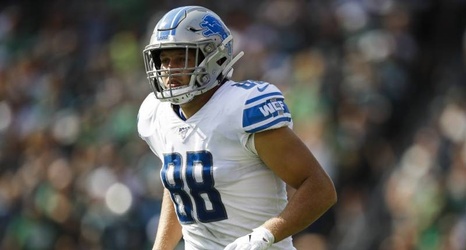 Detroit Lions rookie tight end TJ Hockenson has been placed on injured reserve due to an ankle injury, according to Ian Rapoport of NFL Network.

Hockenson was injured in the Thanksgiving Day loss to the Chicago Bears and left the stadium on crutches, according to Dave Birkett of the Detroit Free Press.

He will now end his first NFL season with 32 catches for 367 yards and two touchdowns in 12 games.

The exciting talent made a spectacular debut thanks to six catches for 131 yards and a touchdown in a 27-27 tie at the Arizona Cardinals in Week 1.