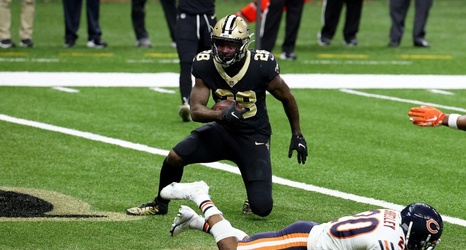 Free-agent running back Latavius Murray is finalizing a deal with the Baltimore Ravens following season-ending injuries to J.K. Dobbins, Gus Edwards and Justice Hill, according to Jeff Zrebiec of The Athletic.

The Ravens aren't done bringing in veteran RBs. Per sources, they are working on finalizing a deal with Latavius Murray. Should get done.

The move comes after the team already added Le'Veon Bell and Devonta Freeman to its practice squad with the intention of adding them to the active roster.

Murray will take the field for his eighth NFL season.