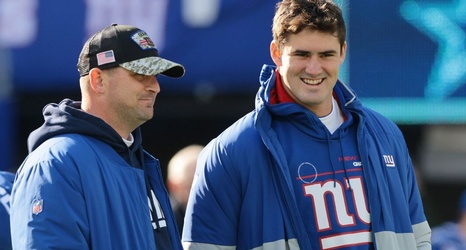 EAST RUTHERFORD, N.J. -- The New York Giants shut down quarterback Daniel Jones for the remainder of the season because of his neck injury, the team announced Monday. It prematurely ends what many considered a make-or-break year for the young quarterback.

Jones, 24, was officially placed on injured reserve Monday. He was hurt early in a Week 12 win over the Philadelphia Eagles but managed to finish the game. He will end up missing the final six games of this season with what is being called a sprained neck.

The Giants still remain optimistic about Jones' future after he completed 64.