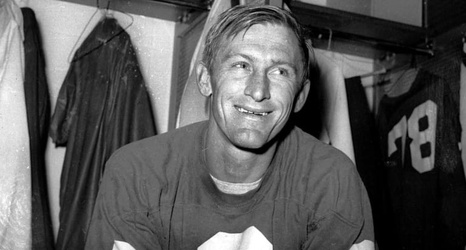 Hall of Fame safety Larry Wilson, who spent all 13 of his NFL seasons with the then-St. Louis Cardinals, died on Thursday night, per Darren Urban of AZCardinals.com. He was 82.

Cardinals owner Michael Bidwill said Wilson was "the most influential male figure" in his life outside of his own father and provided the following statement:

"He was someone who truly lived his faith and demonstrated it daily in the kindness he showed every single person he met. Any of us lucky enough to be in his orbit—whether that was for a few minutes or four decades—was always better off from the experience.