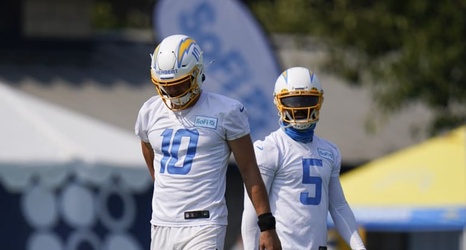 Justin Herbert will start at quarterback for the Los Angeles Chargers in Week 3 against the Carolina Panthers, according to NFL Network's Ian Rapoport.

Adam Schefter of ESPN reported Taylor could potentially be out indefinitely due to a punctured lung he suffered at the hands of the team doctor:

Doctors have advised Tyrod Taylor not to play "indefinitely” due to his punctured lung. The Chargers were hoping Taylor would be able to start Sunday, but doctors are against it. https://t.co/FHm7aJXC8o

Taylor was held out of a Week 2 overtime loss to the Kansas City Chiefs on Sunday after experiencing chest pains during warmups.