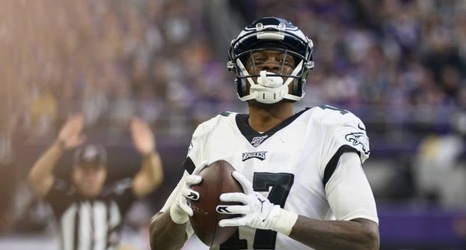 ESPN's Josina Anderson denied a report saying Alshon Jeffery was the anonymous source at the center of her reporting that was critical of Philadelphia Eagles quarterback Carson Wentz.

Sports Radio 94's Howard Eskin appeared on the radio earlier Monday and named Jeffery as the player who told Anderson the Eagles offense is too complicated for Wentz.

"An Eagles source also talked to me about how they feel like that offense is functioning," Anderson said onESPN's NFL Live on Thursday. "'We need to make [bleep] simpler. Sometimes we need to just handle what is manageable.