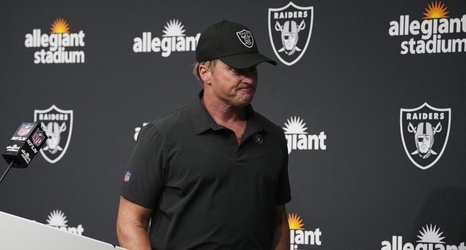 Former Las Vegas Raiders head coach Jon Gruden resigned after it was revealed he used racist, misogynistic and anti-gay language in a number of emails, but reportedly, he has said his side of the story will one day be made public.

Andrea Kremer appeared on the Real Sports Podcast and explained a producer called Gruden, who told her "the truth will come out" in due time (h/t Mike Florio of Pro Football Talk):

"Maggie Burbank, who produced the story that we just did on Mark Davis, she actually called Gruden and he picked up the phone, much to I think her surprise.