Joe Burrow: Bengals 'Have to Find a Way to Win Games' After Loss to Browns 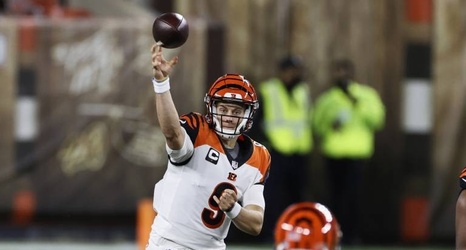 Joe Burrow has played just two NFL games and already looks like a star in the making.

However, individual accolades are not what he is focused on right now. Instead, he wants to win.

"We lost," he said following Thursday's 35-30 defeat at the hands of the Cleveland Browns, per Bengals reporter Marisa Contipelli. "That's the only thing that matters. We have to find a way to win games."

He certainly doesn't have much experience losing after playing collegiately for powerhouses Ohio State and LSU. That reality started to hit home following an 0-2 start to the 2020 campaign.