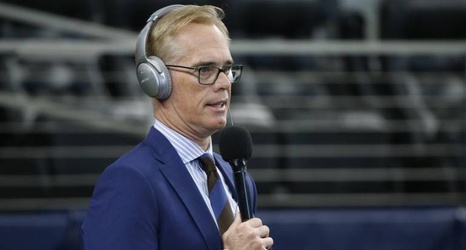 Troy Aikman is no longer the only Hall of Famer in his own broadcast booth at Fox.

Play-by-play announcer Joe Buck was declared the 2020 Pete Rozelle Radio-Television Award winner during Thursday Night Football between the Cincinnati Bengals and Cleveland Browns, earning himself a gold jacket and a spot in Canton, Ohio.

The announcer was surprised during Thursday's broadcast with a video narrated by his friend, Paul Rudd.

Joe Buck finds out that he’s joining his father in the Pro Football Hall of Fame Awesome moment (via @NFLonFOX) https://t.