Jay Gruden is out, but Redskins' underlying issues go much deeper 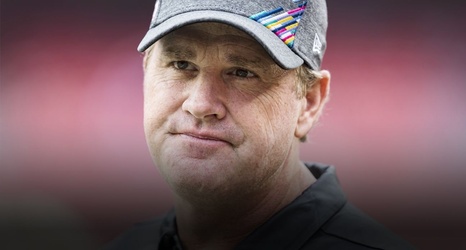 ASHBURN, Va. -- The Washington Redskins dismissed their coach. They haven't solved their problems.

Washington fired Jay Gruden, 52, on Monday morning and it's a hard decision to argue. The Redskins are 5-0 this season and haven't won a playoff game since 2005. They reached the postseason once under Gruden -- in 2015 -- and his 35-49-1 record in Washington further backed up the need to move on. His firing became inevitable long before the news was announced.

Bill Callahan takes over as interim coach, but the big question remains: Can owner Dan Snyder and team president Bruce Allen, who was hired late during the 2009 season, figure out a way to win?