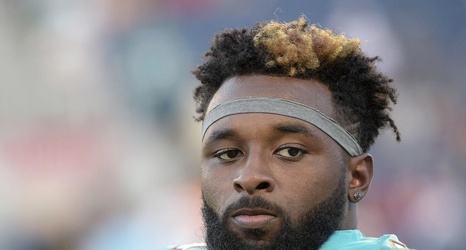 When asked if the allegations were false, Landry responded, "Exactly," according to ESPN.com.

Landry's girlfriend, Estrella Cerqueira released a statement on Twitter on Monday saying she wasn't physically harmed during the incident, which she characterized as a vocal disagreement: