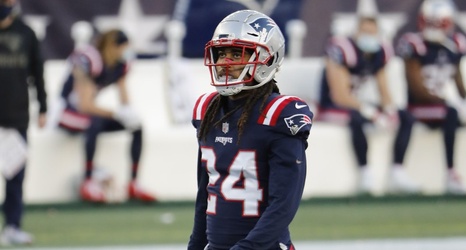 @mookiebetts got traded from Boston to LA &amp; won a ring! That was nice. What you think @BumpNrunGilm0re

Betts was a four-time All-Star and World Series champion with the Boston Red Sox before they traded him to the Los Angeles Dodgers ahead of the 2020 season. The outfielder led the Dodgers to their first title since 1988 in his first season in L.A.

Gilmore has a similar resume with the Patriots, earning four Pro Bowl selections while helping his team win a Super Bowl.