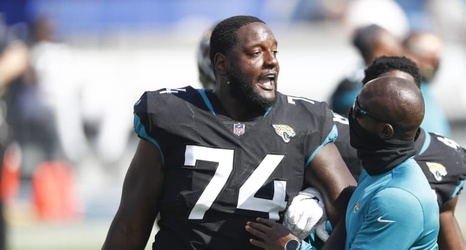 Jacksonville Jaguars offensive lineman Cam Robinson was ejected against the Miami Dolphins on Thursday Night Football after making contact with an official.

The incident occurred during a pile-up near the line of scrimmage when a fumble from Jaguars quarterback Gardner Minshew II led to a scramble for the ball from both teams. Robinson lay at the bottom of the pile, and he was seen on replay pushing away the hand of an official who was digging for the ball.

Kyle Van Noy with the strip sack and fumble recovery!