Instead of replacing Jameis Winston, New Orleans Saints have given QB best chance to thrive 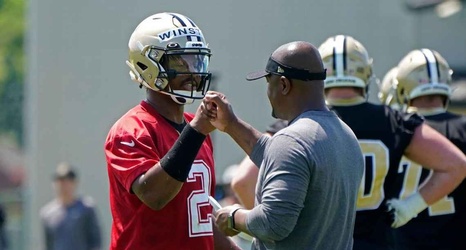 METAIRIE, La. -- Jarvis Landry pointed across the practice field as if it was planned.

Just as the veteran receiver was telling reporters why quarterback Jameis Winston was one of the main reasons he chose to sign with the New Orleans Saints in free agency, Landry looked around and noticed Winston was the only player remaining on the field about 15 minutes after practice ended.

“Look, I don’t see nobody else out here. This guy’s the last one. That’s who he is,” said Landry, who signed with the team in May.