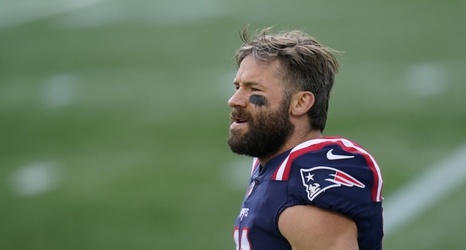 The 34-year-old, who was drafted by the Patriots out of Kent State in the seventh round in 2009, ends his career with 6,822 receiving yards and 36 touchdowns.

Here's a look at the Patriots offense following the news: