He lives with NBA champ Jrue Holiday, Sinbad is his uncle - Rams' Jordan Fuller not starstruck vs. Bucs' Tom Brady 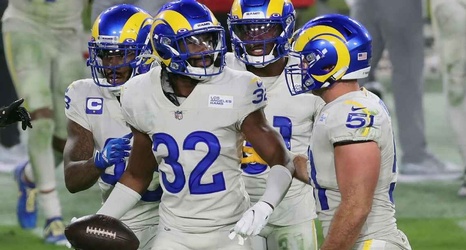 THOUSAND OAKS, Calif. -- Mom was on stage singing, but little did her kids know, she was a vocal great among stars.

Since he was a child, Los Angeles Rams safety Jordan Fuller, who is the second of Cindy Mizelle's three children, remembers watching Mizelle belt out tunes behind some of music's biggest names: Luther Vandross, Whitney Houston, Mariah Carey and Bruce Springsteen.

"You name it, she's sang with them and she was, at one point, whatever backup singer you wanted, she was the person," Fuller said, voice proud.