Have the New York Jets Finally Found Their Franchise QB in Zach Wilson? 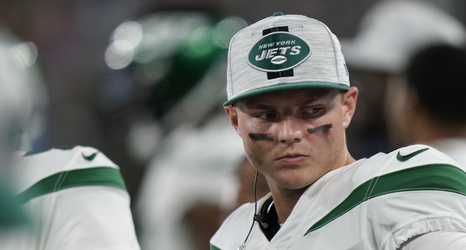 And that probably suits the Jets just fine.

Wilson, under the watchful eye of the Big Apple media bubble, had a rocky start to camp. There were flashes of a big arm and quality play, but also a day in which The Athletic's Connor Hughes tallied Wilson as going 11-of-24 with two interceptions and three points on seven drives.