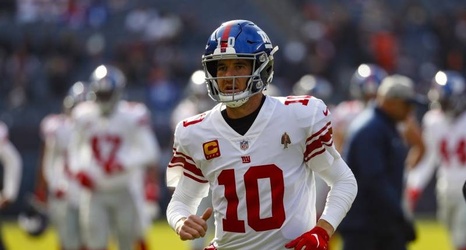 Eli Manning may finish the 2019 season as the New York Giants' starting quarterback.

Ian Rapoport of NFL Network reported rookie Daniel Jones will miss two to four weeks with a high ankle sprain, which puts Manning in line for at least one more start following Monday's game against the Philadelphia Eagles.

Manning, who was benched after starting the first two games of the season, is likely in his final days in a Giants uniform. He's slated to be an unrestricted free agent, and the overwhelming odds point to a retirement or Manning seeking a starting job elsewhere.