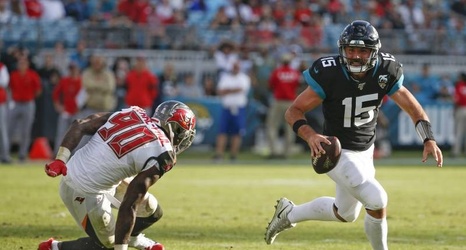 The Jacksonville Jaguars are rolling with the hot hand and starting rookie quarterback Gardner Minshew II against the Los Angeles Chargers on Sunday.

"Overall we're not being able to give him [Nick Foles] a clean pocket," Marrone said.

Foles signed a four-year, $88 million contract with the Jacksonville Jaguars in the offseason but suffered a broken collarbone in Week 1 against the Kansas City Chiefs.