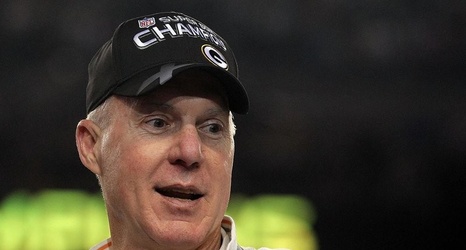 Former Packers general manager Ted Thompson revealed on Wednesday that he has been diagnosed with an autonomic disorder.

Thompson, who worked as a Packers executive for 13 years, announced the news in a statement.

"Late in the 2017 season, Mark Murphy and I had a conversation about my health and future with the Packers," he said. "At that time, we mutually agreed that it was in the best interests of myself and the organization to step away from my role as general manager. In consultation with team physician Dr. John Gray, I began a complete health evaluation that has included second opinions over the last year from the Medical College of Wisconsin, the Mayo Clinic and the UT Southwestern Medical Center.