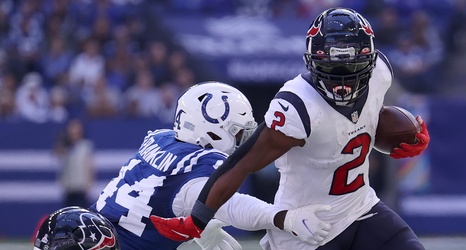 That leaves Tony Jones, Dwayne Washington and Ty Montgomery as the remaining running backs for the NFC South team since Alvin Kamara is also sidelined.

The 31-year-old Ingram dealt with an ankle issue last season with the Baltimore Ravens after injuring it in Week 6 against the Philadelphia Eagles, though it happened to correspond with the team's Week 7 bye, lessening the time he missed.

For the season, he rushed for 299 yards and two scores in 11 games.