Falcons see what they have behind Julio Jones in tough loss 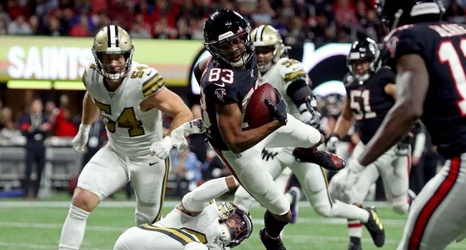 ATLANTA -- The best move Atlanta Falcons made Thursday night was keeping star receiver Julio Jones out of the lineup with a shoulder injury during a 26-18 loss to the rival New Orleans Saints, a loss sure to incite more chatter of coach Dan Quinn's hot seat despite an inspired effort by his team to close the game -- including recovering two onside kicks. The last time a team recovered two onside kicks in the same game was the Titans at the Colts on Dec. 5, 2004.

Although the now 3-9 Falcons had little to play for -- the postseason is now officially out of reach -- they needed to be cognizant of the future of their best player, no matter how badly Jones wanted to play through the pain.