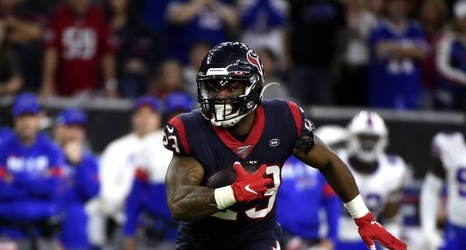 Carlos Hyde has found a new home with the 29-year-old running back agreeing to join the Seattle Seahawks on Friday.

NFL Network's Tom Pelissero and Ian Rapoport announced the Seahawks gave the former second-round pick a one-year deal. Terms of the agreement were not disclosed.

Hyde last signed for one year, $2.8 million with the Kansas City Chiefs in March 2019 before a trade for tackle Martinas Rankin sent him to Houston. Texans head coach Bill O'Brien used Hyde as his lead back ahead of Duke Johnson, as the Ohio State product racked up 1,070 yards and six touchdowns on 245 carries in the regular season—a career-high in rushing attempts and only the third time he's topped 200 carries.