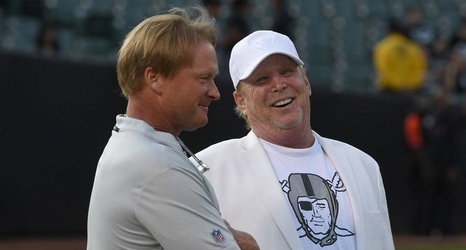 Former Raiders coach Jack Del Rio told the MMQB that Mark Davis, the team's owner, told him numerous times that he would pursue Jon Gruden as a head coach if he ever had the chance.

Del Rio said Davis first told him he'd bring back Gruden when Del Rio was hired to replace Dennis Allen in 2015. He added that Davis reiterated his desire again when he signed his four-year contract extension in 2017. Del Rio was eventually fired after the 2017 season when Oakland went just 6–10 and was replaced by none other than Gruden.